Problem with Generating 'List of items' - while using GetInput by Aacini for User-Input.

Problem with Generating 'List of items' - while using GetInput by Aacini for User-Input.

I've created a Batch Function named 'List Function' - but, Somehow... I'm in between a logical bug. As, In windows - when you'll right-click on desktop - you'll get a context menu (Kind of List of Items - as list function generates in CMD). 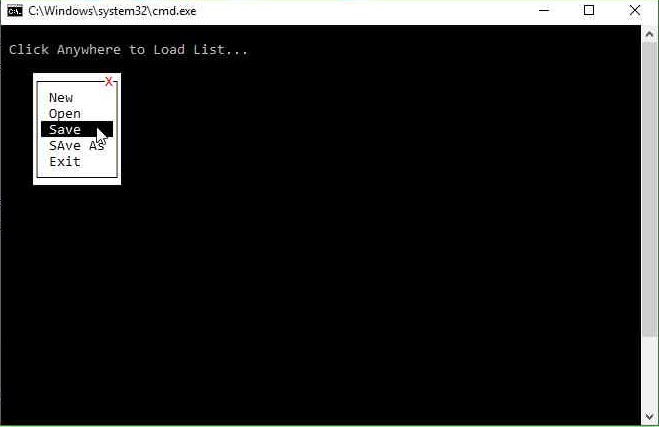 Can Anyone tell me how to detect clicks outside the specified areas from Getinput function by Aacini??
Or any method to specify the whole console as a area, but without Mouse Hover (But, this method fails as as area of detection within another are of detection) - Thanks for help in advance.